The Story of Aoraki 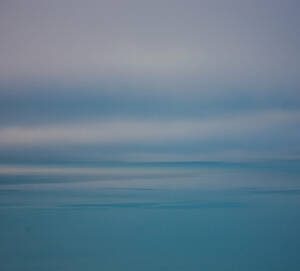 The Waters of Kiwa covered everything

In the beginning, there was only water where Te Wai Pounamu and Aotearoa now stand. There was no sign of land at all. The sky-father, Raki, married the earth-mother, Papa-Tua-Nuku. After the wedding some of the sky-children came to visit their father and his new bride.

Among the visitors, were four sons of Raki: Ao-Raki, Raki-Roa, Raki-Rua, and Raraki-Roa who descended to the surface in their waka (canoe), “Te Waka o Aoraki” and cruised around the new continent of Hawaiiki. Wanting to explore, the four set out to sea, but no matter where they went, they could not find any land. Deciding to return home, they uttered a karakia (prayer) intended to lift their waka to the heavens but failed, and their waka fell back into the seas and was turned to earth and stone as it tipped over on its side. The brothers, scrambled to the high side where they were turned to stone, and there they remain to this day, with Aoraki (Mount Cook) the highest peak and his brothers the next highest near him 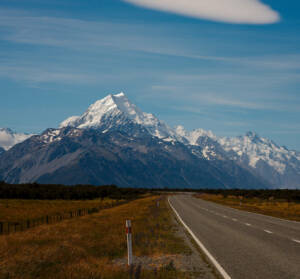 At 3,724m, Aoraki / Mt Cook is New Zealand’s highest mountain and is always popular with visitors of all types, including tourists, and mountaineers.

Dual named in recognition of the Ngai Tahu Maori ancestral mythology as Aoraki, and for it’s European name sake, the English explorer Sir James Cook, Aoraki / Mt Cook sits astride the Southern Alps deep in the heart of the South Island, a little over four hours drive from the South Island’s largest city, Christchurch.

In honour of this special place and its popularity, we offer three different tours into the Aoraki Mt Cook area; with a full day tour, and two days, and three days options.

Each tour departs from and returns to Christchurch city, and provides all the necessities and goodies to make your tour a success.

Departing Christchurch early morning we travel via the townships of Geraldine, Fairlie, and Lake Tekapo before arriving in Mt Cook in time for lunch. A spot of exploration after lunch including the Kea Point or Hooker Lookout track completes our day before returning to Christchurch early evening

Enjoy More of Aoraki Mt Cook then Ever

Three magical days ex Christchurch to explore the entirety of the MacKenzie Basin, including of course and Day Tour into the Aoraki Mt Cook National Park. During this scenic tour we explore the area around Lake Tekapo in depth and go as far south as the famous Lindis Pass before making our way out to the Coast, and Christchurch, via the Waitaki Valley